We all make art! It is part of culture. It is deeply rooted in human nature as a way of communicating with others. We all need to tell our stories because it is stories that link us all. We are all one, one creative mind! Though, all unique and equipped with unique ways of expressing ourselves. We live in constant search of that unique liberating voice.

At Walk the Arts we aim to facilitate our art makers to explore new territories. Our painting classes and art history trips on three continents are meant to be rounded art experiences among small groups of like-minded adults. We offer an environment that fosters creativity.

As we always say, art as religion is just a matter of faith. This blog is about living fully the experience of art, about finding our single artistic path, about the joy of art making. We believe that making art accessible to all will lead to a betterment of our society.

“When something becomes useful, it ceases to be beautiful” (T. Gautier) 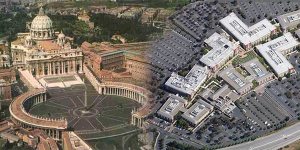 Undoubtedly we are living very interesting times greatly due to digitalization and the expansion of mass media and social media. Beside the interesting GOP race going on in the U.S.A. and the Canadian elections, we are living in a world with the first African-American president and the first South-American and Jesuit Pope named after Francis of Assisi. On top of all this, we are witnessing climatic changes, the re-establishment of US-Cuba diplomatic relations and a nuclear deal with Iran. Furthermore, ISIS upheaval and conflicts in the Middle East are resulting in great migrations. Millions of people are displaced in neighbouring countries such as Jordan, Lebanon and Turkey and thousands are trying to get asylum in Germany, Italy, Hungary, etc. Indeed, the world is changing.

Now just imagine if the recent elected Pope aimed to buy an island in the Mediterranean Sea in order to welcome this important flux of Syrian migrations and also revamp all the refugee camps with good hospitals and schools in order to humanize them. And just imagine that in order to raise the funds, he needed to sell one of Vatican’s great works of art, let say the priceless Pieta. We are not talking about a loan here, but a true transaction. But everything has a price, and of course, it will be bought by one of the top ten multinationals… let say Facebook, and most probably, Zuckerberg gladly will use this purchase as leverage in his marketing schemes. This scenario recalls Peter Watson’s Crusade, the story about an American liberal pope (published in 1987) “raising billions of dollars for charitable causes dear to the pope’s heart.”

However, let’s question the value of art here, and we know that all answers will be a reflection of who you are. If the Pieta was displaced from St Peter’s in Rome to Facebook’s headquarters in Menlo Park, would it be less valuable? Does the synchronicity between social, intrinsic and commercial value is “broken”? Meaning simply, will people be ready to line-up to see Michelangelo’s work in the suburbs of San Francisco as they are currently ready in the scorching heat of a hot Roman summer day? Moreover, if Facebook used the work as a branding element, let’s say, a little Pieta logo in the upper left corner of the Facebook interface; would that little logo make the Pieta cheaper? And since everything is context, the Pieta in the hands of Facebook would become a symbol of capitalism losing its current spiritual appeal which is probably the basis of its beauty. All this reminds me of the 19th century French author Théophile Gautier when he wrote (translation to follow) « Il n’y a de vraiment beau que ce qui ne peut servir à rien ; tout ce qui est utile est laid, car c’est l’expression de quelque besoin, et ceux de l’homme sont ignobles et dégoûtants, comme sa pauvre et infirme nature. » (from Mademoiselle de Maupin’s preface) »… in English, « as a general rule, when something becomes useful, it ceases to be beautiful ».

This site uses Akismet to reduce spam. Learn how your comment data is processed.